Should You Always Warm Up To Prevent Injury? 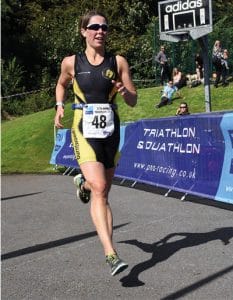 As some of you know a few weeks ago I sustained quite a severe hamstring tendon injury sprinting at the school mothers sports day race.   Needless to say I won the race but my poor hamstring tendon did not win any prizes.  Progress is expectedly slow.

Now the first thing most people asked me  was did you warm up?  To be fair I don’t think a 30 second to 1 minute on the start line constitutes a warm up so no would be the answer!

Would A Warm up Have Prevented My Injury?

A google search on “warm up” will tell you it prevents injury, however, finding the evidence to back this up is difficult.  A study back in 2006 by Fradkin et al., found that out of 5 high quality studies,  3 showed that performing a warm-up prior to performance significantly reduced the injury risk, and the other two studies found that warming up was not effective in significantly reducing the number of injuries.  Currently there is insufficient evidence to endorse or discontinue routine warm-up prior to physical activity in order to prevent injury.

What Were The Other Significant Contributing Factors?

Intensity of the Exercise:  Although, I am fairly fit as I train for triathlon, my training does not include sprinting.  The forces being placed on my hamstring tendon were significantly higher during the sprint when compared to my normal endurance running.  My tendon was not robust enough to cope with sprinting.  No amount of warming up would have changed that.  My competitive nature also meant I ran it like I was running the Olympic 100m final not the mothers day sports race.

Age: Unfortunately my brain might have run as if I was in my twenties but alas my musculoskeletal system isn’t.   As we age  tendons tend to become less pliable and more stiff so are less resilient to load tolerance.  My age therefore, was another factor which predisposed my tendon to injury.

Sadly I think even if I’d warmed up in this instance I would have still got injured due to the speed and force being applied to a non conditioned tendon.
Should You always Warm up?  Definitely yes!  It prepares the body for the activity we are about to take part in and it may prevent injury.  However, we must consider what activity we want to take part in and train specifically for this, to allow our musculoskeletal system to gradually adapt and become robust enough to cope with the demand of activity.

NO MORE MOTHERS DAY RACES FOR ME AGAIN!

Click here for an example of some simple running warm up drills.  The first is encouraging a fluid leg swing whilst maintaining a relaxed but upright trunk. The second drill encourages rotation through the spine  and the third drill is the two step which encourages elasticity through the muscles.  The squat and calf raises also encourage activity through the muscles and joints that are used in running